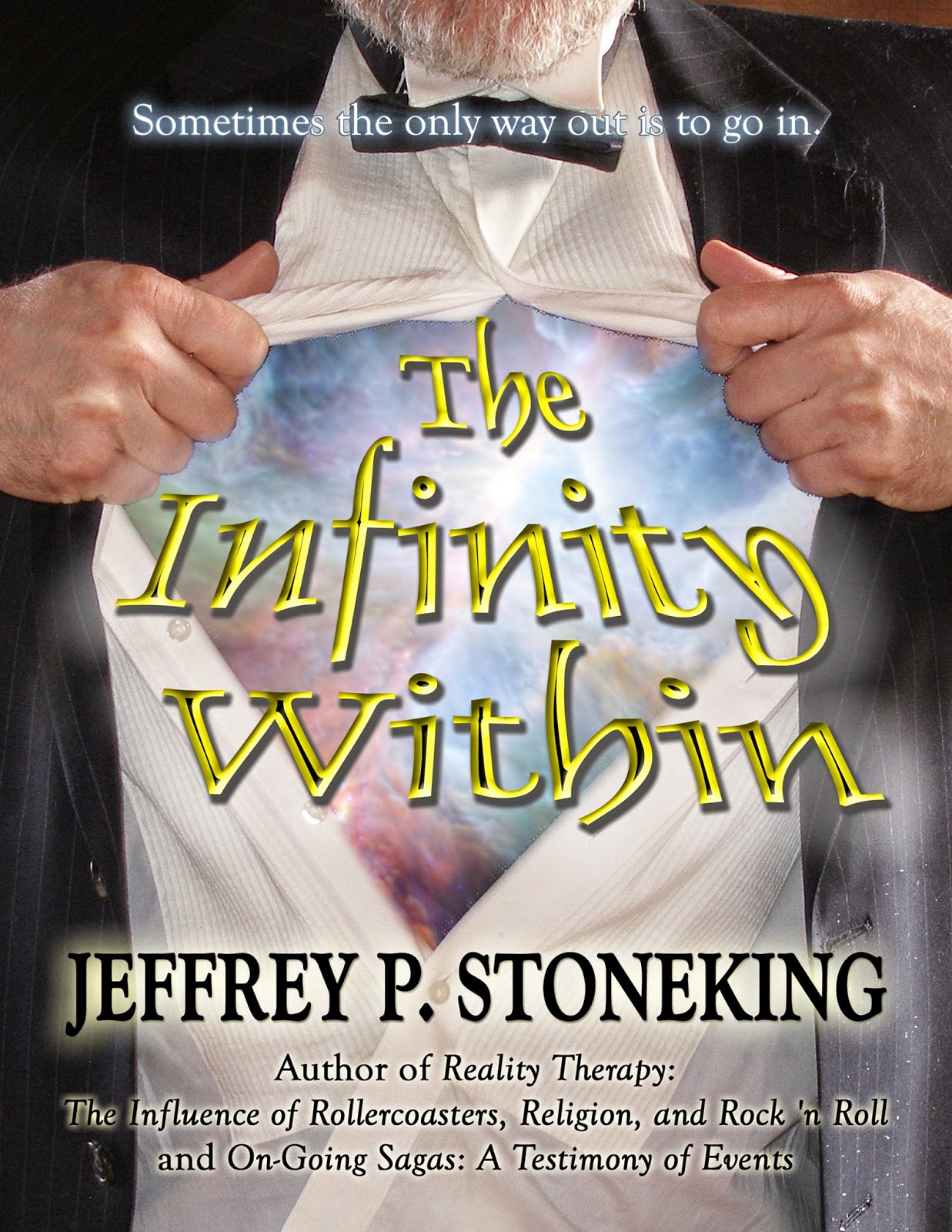 The Infinity Within by Jeffrey P. Stoneking available now at Kindle. 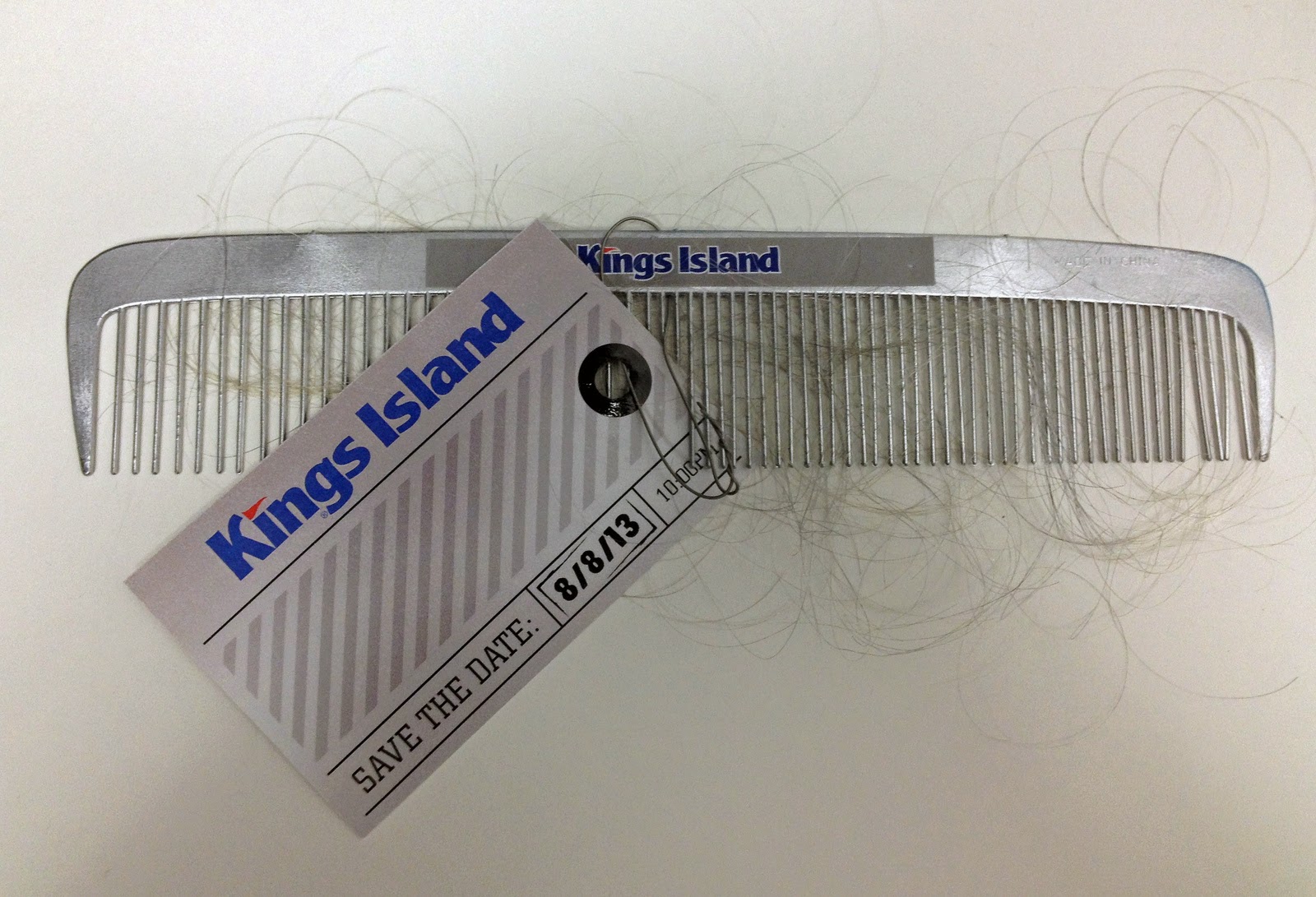 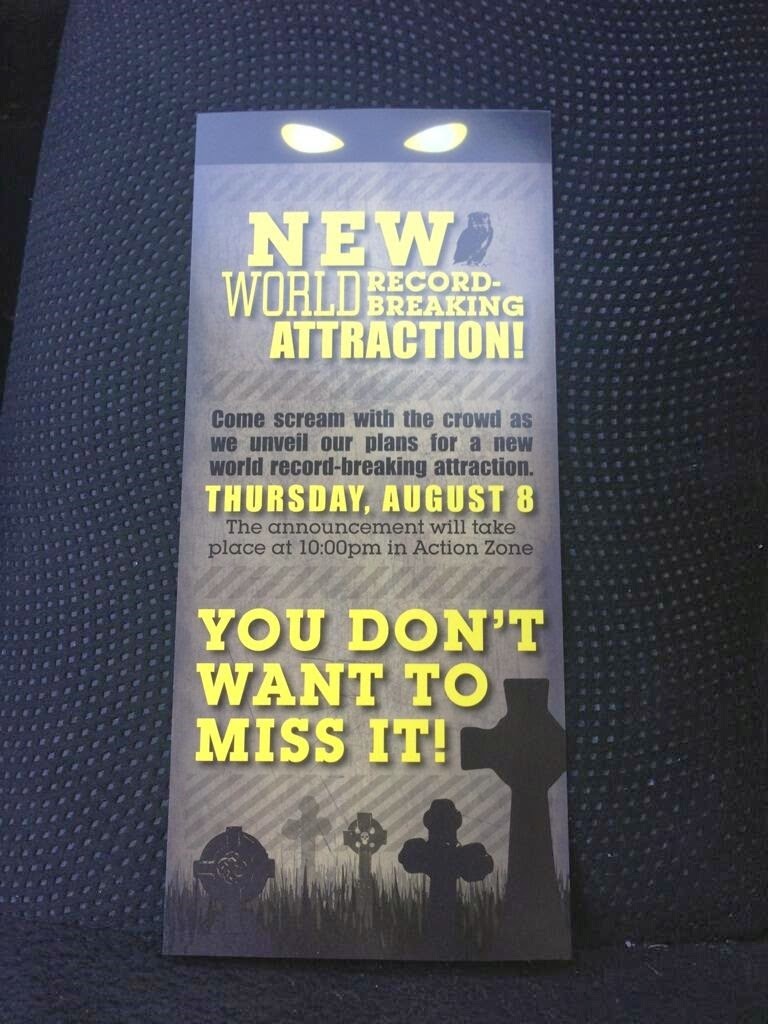 In wanting to share the moment, Thee Melinda and I drove down that day, despite the inclement weather, to hear what was forthcoming.  We managed to take in a few rides, with her first time on Diamondback in the back seat proving to be a wide-eyed, voluminous experience for the vibrant, luscious blonde.
We wandered over to the area where the press conference for Banshee was soon to be held.  It was arranged like a funeral with church pews strategically placed in front of a video projector screen and alongside Celtic cemetery grave markers.

The area lighting dimmed, and the presentation started with a video showing Son Of Beast rising above a moonlit cemetery, where the names on the tombstones were of defunct Kings Island rides, including The Bat and Screamin’ Demon.  An amplified, shrill screech echoed, and Son Of Beast went crumbling to the ground, as vibrant blue support columns came bursting from the soil, with purple-colored inverted track attaching itself. A train with screaming riders was taking on the ever-developing, multiple inversions of Banshee, the longest inverted coaster in the world.

Returning to Thee Melinda’s afterwards, she showed me a Halloween-themed catalogue of merchandise.  I opened the cover, only to reveal a Celtic cemetery with two female banshee-looking personages.

Theming Banshee after a female spirit and placing it in an area directly beside where I had an epiphany involving my mother earlier in the year is epic.  Even  Banshee's statistical numbers, including the cost, are relevant to personal circumstances in my existence, ‘24’ especially.
The construction of Banshee over the next few months was constantly being displayed on a webcam situated high atop the park’s Eiffel Tower. Every time an element was complete, Kings Island would make announcements on their social network feeds.  What was more intense for me was seeing the dates of those completions synchronizing with my personal family history.
(Banshee track construction log:  http://imgur.com/a/LkM6k#0)
Banshee’s first loop was completed on October 24th, the day my maternal grandfather passed away, and a date I write about extensively in my third book, On-Going Sagas:  A Testimony of Events. 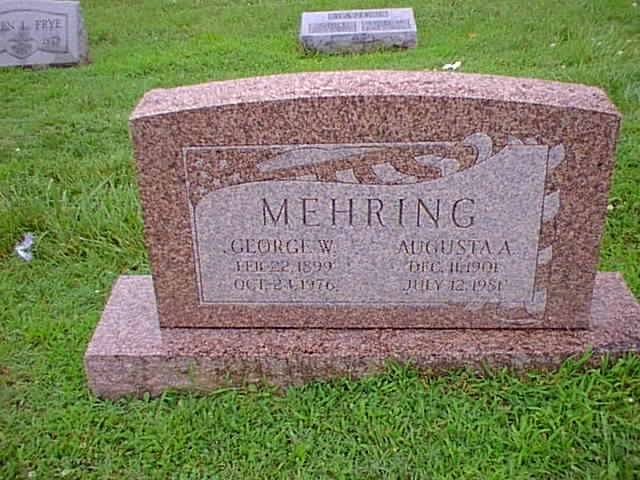 Its second loop, a vertical number encircling the lift, was finished on the very day my father was discovered motionless in bed.
http://www.anderson-funeral.com/obituary/119809/Donald-Stoneking-of-Springboro-Ohio/

On November 4th, the  zero-g roll coincided with a great aunt’s and great niece’s birthday. 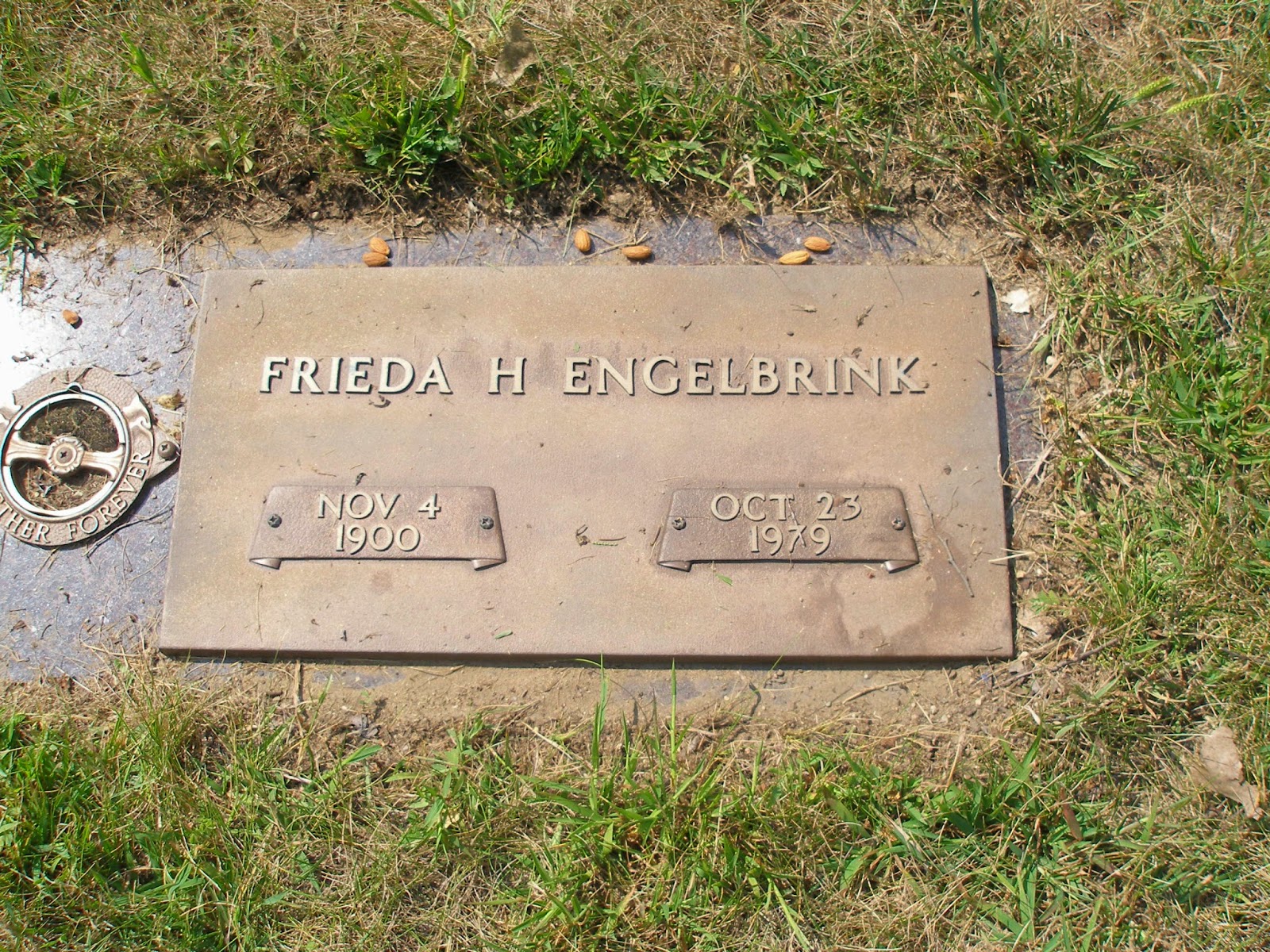 The batwing, looking more like a pretzel, saw its completion on January 10th, a date when I was presented with a major choice, followed by the second vertical loop on the circuit fulfilling January 14th, my paternal grandmother’s birthday. 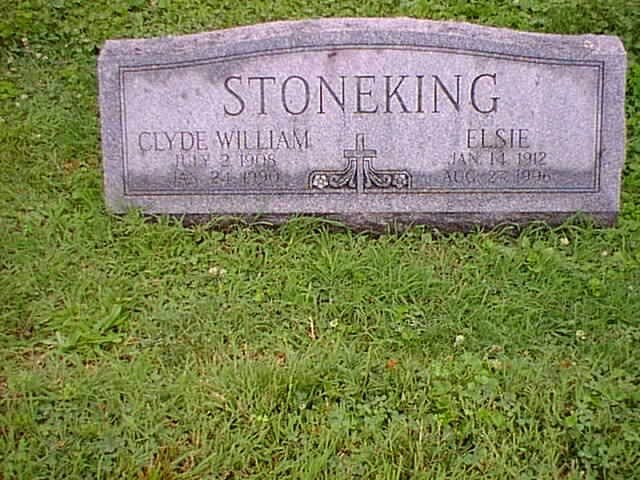 Banshee's following elements, an upward curve and heartline roll came together starting on my sister’s anniversary, January 16th, and ending on my maternal grandparent’s anniversary, two days later, with the final track installed on January 23rd, a date which equates to 24.
Banshee is scheduled to open April 18th, 2014.
My goal, however, is to ride Banshee on April 19th, the day my mother died in my arms.
http://www.anderson-funeral.com/obituary/91310/Jacqueline-Stoneking-of-Springboro-Ohio/

On October 29th, Kings Island made an announcement that Flight Deck, the ride beside Banshee, where the presence of my mother rode with me on my birthday, was being renamed The Bat.  When I heard the news, a ripple went through me.
Kings Island once had a prototype suspended coaster named The Bat lasting only three years due to design flaws.  I was on the first flight of The Bat in 1981.
Years later, I managed to purchase one of the bat heads from the original ride on an eBay auction.

In storing my father’s items following his burial, I discovered his journal where he wrote about riding The Beast with me three times one day in 1980.

I am filled with regret that I cannot recall doing so.  Both he and my mother were present when I took my 200th trip aboard that legendary machine, though I ran ahead to ride with Carl Eichelman, a man who logged more than 4,000 rides, and with whom I rode most of my circuits.  Not riding with my parents on my 200th remains one of my biggest regrets in life.
Why these things relating to Kings Island and myself continue to occur in the manner in which they do is beyond me.  Some claim it is “coincidence”, yet I believe something greater is at hand, but what, precisely?  It is for certain this is going to be a banner year at the park, marking my 40th year of patronage, with The Beast celebrating its 35th, along with the resurrection of The Bat, and, of course, Banshee.
Personally, I now see The Beast as my father, and me as The Bat beside my mother, Banshee.

UPDATE:
So when the magical date of April 19th, 2014 arrived, Mr STONEking honored his mother by riding Banshee:  "I'm probably the only person to ever wear a tuxedo shirt to Kings Island." 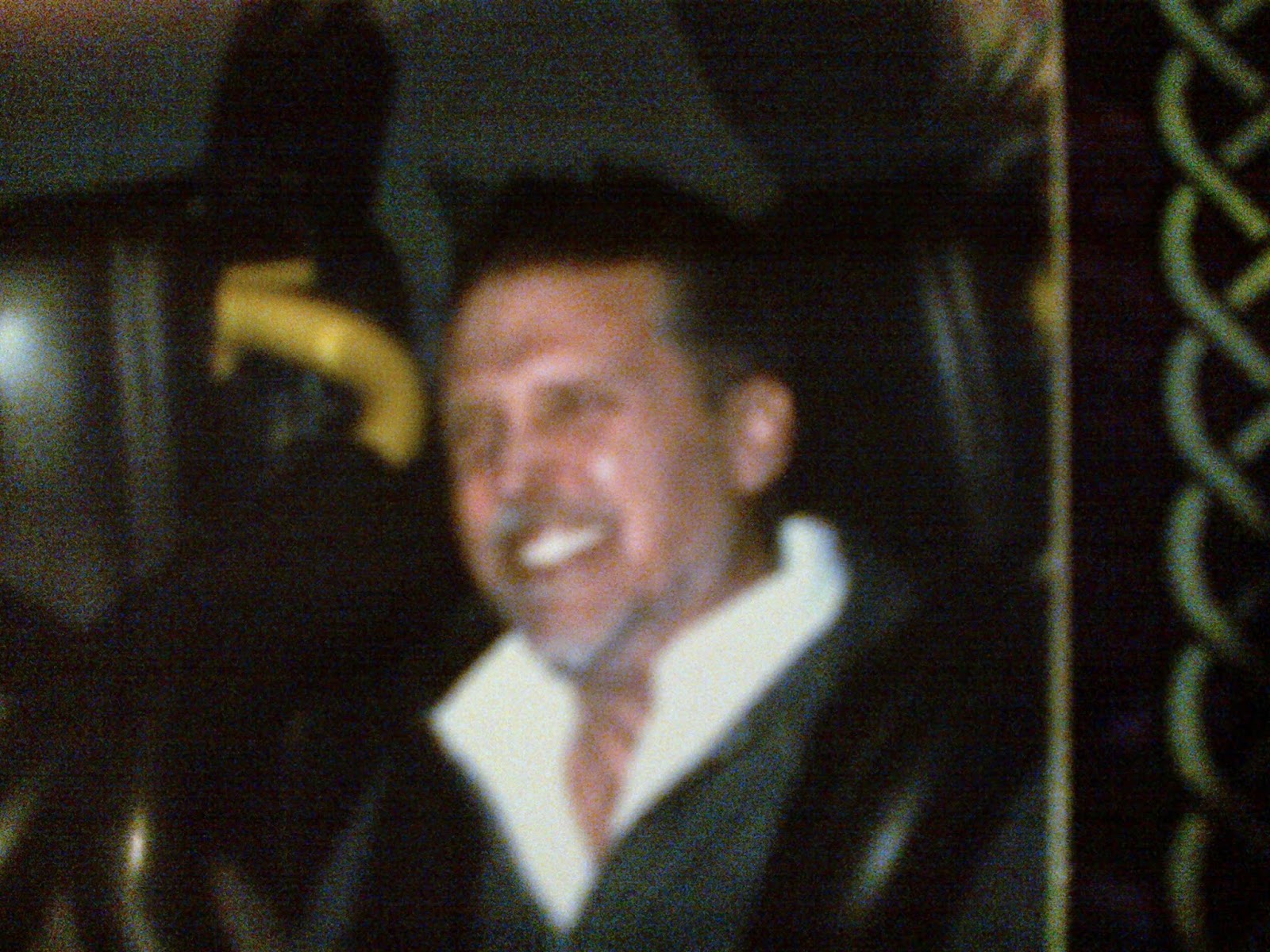 The Infinity Within by Jeffrey P. Stoneking, available at Kindle.