After months of planning, and weeks of rehearsals, Mr. STONEking teamed up with Dayton's old school funk masters, The Audio Showband. 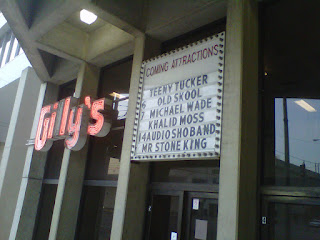 The show, which took place on July 14th, 2012 at Gilly's Jazz Club in Dayton, Ohio, was recorded in both audio and video formats.  Mr. STONEking and The Audio Showband will be releasing the audio material in MP3 download format.
A live version of David Bowie's hit, "Let's Dance", is the lead single and video off Mr. STONEking's  Movember EP, slated for an autumn release.  Other live tracks include a take on Madonna's "Music" blended with No Doubt's "Hella Good", and the funk classic "Love Rollercoaster" from The Ohio Players, complete with a rap Mr. STONEking wrote exclusively for The Audio Showband's involvement, which leads into Def Leppard's "Rock Of Ages". 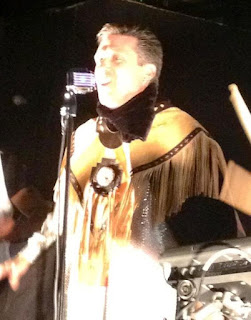